Every election in the United States see politicians - though I am primarily referring to presidential candidates here - make campaign promises of what they want to change during their time in office. And after each election is finished I can't help but feel disappointed by the lack of discussion over one topic in particular: when will the United States finally join the rest of the world and adopt the metric system? (Actually, that's not completely true. Liberia and Myanmar haven't fully adopted the metric system either. Ouhh, what rebels we are!)

Atom and His Package hits the nail on the head with his song (Lord It's Hard to Be Happy When You're Not Using) The Metric System, though with a couple of profanities in there you may want to refrain from playing the song around impressionable minds.

However, despite the near-universal acceptance of the metric system as a way of handling measurement across the world there are still occasions where one will encounter other systems. Korea is one example of this, as it's still possible to come across evidence of the older terms from time to time. Amanda asked me about one of them - the 리 - in an earlier entry and a few others one might encounter are the 근, 돈, and 평.

While browsing through information online I came across this article, which mentions that the Korean government passed a law in 1961 stating that "ordinary citizens as well as corporate and government offices should use measurements based on the metric system". A follow-up law enacted in 2007 means that anyone who uses the traditional measurements in a commercial setting could now face fines of up to 500,000 Won. So what are some of the units that have been replaced?

Korea's 리 comes from the Chinese lǐ (里) and is a unit used to measure distance. I recall first coming across the Chinese lǐ while reading Into the Teeth of the Tiger by Don Lopez, an account of a United States Army Air Force pilot serving in the Republic of China during World War II. The unit has held a few different values within China based on location and dynasty but seems to have retained one specific value within Korea, 392.72 meters. It makes an appearance in Aegukga (애국가), the national anthem of Korea, within the refrain --

-- and Wikipedia claims the 3,000 ri used in the lyrics is "roughly 1,200 km, which is approximately the longitudal span of [the] Korean peninsula." Moving on from the ri, another traditional Korean unit that still sees some use is the geun (근), which is used to measure weight.

The geun comes from the Chinese unit jīn (斤), which is also known as the 'catty' in English from the Chinese character's pronunciation in Malaysia, Singapore, and Brunei. The catty is used to measure mass - in particular the weight of food and groceries - and has different values across East Asia, with Korea assigning it a value of 600 grams. In contemporary China it is 500 grams, while the governments of Singapore, Malaysia, and Hong Kong have formalized the unit's value as roughly 604g, with Hong Kong the most precise with its official measurement of 604.78982 grams.

Two further measurements are derived from the catty and might be encountered within Korea. One of these is the nyang (냥), which comes from the Chinese liǎng (兩) or tael (again, after the pronunciation of the Chinese character in Southeast Asia). This is one that you'll likely only encounter in history books in reference to measurements of gold and silver, though apparently it also sees some use when meting out 'Oriental' herbal medicine. The "Weights and Measures Act (CHAPTER 349) Third Schedule" of Singapore places the tael's value at 37.7994 grams, making it 1⁄16 of a catty.

The other measurement based on the catty (or geun in Korea) is the don (돈), used to measure jewelry and tied to a value of 3.75 grams. You can also think of it as being 1⁄10 냥. I do like the connection, since the 냥 (tael) was used to measure silver and the 돈 is now used to measure jewelry - which can contain silver or other precious metals in smaller quantities. You may have noticed that the measurement unit 돈 is the same as the Korean word for money, which is also the case in Chinese. Written as 錢 and pronounced qián in Mandarin (or 'mace' in Malay), it was also the basis for past currencies in Japan and Imperial Vietnam. 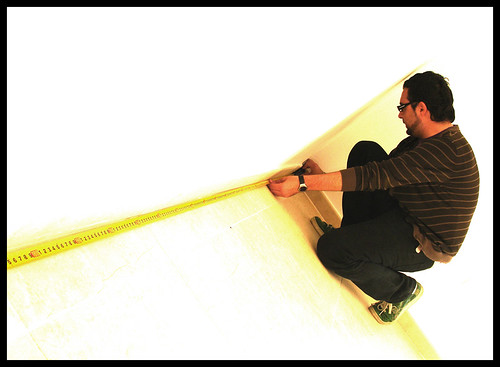 One final unit of measurement that can still be seen in Korea is the pyeong (평), which is used for area and volume. Based on the Chinese píng (坪), the pyeong is a unit most commonly seen in realty to describe the size of rooms and housing. One pyeong is equal to 3.3058 m2 or 35.586 square feet. From the Wikipedia article on the subject:

[...] a studio apartment will generally be around 10 to 15 pyeong, a house somewhere around 50 or more, and the smallest of rooms, consisting of only a bed and a bit of floor space for students, will be as little as 1.5 pyeong.

Anecdotally, the unit was derived from the amount of space an average sized man would take up lying on the floor with his arms and legs spread out.

While that second statement from Wikipedia is currently listed as 'citation needed' I did come across this site that makes the same claim - complete with human body diagram - and which also includes a unit conversion calculator that will let you input a measurement in either pyeong or m2 in order to get the value in the other measurement system. Very handy!

There are a few more measurement units in Korea - such as the seom (섬;石) that is used to measure bags of rice (1섬 = 80kg) - but those are probably much less commonly encountered than the ones mentioned above. I hope the information provided above serves as a good introduction to the subject of Korean units of measurement; I'd certainly love to see more photos showing usage of these types if anyone sees them while out and about.