Uijeongbu used to have a soccer team - Uijeongbu Hummel FC - that was based in the city from 1999-2006. The following year the side moved to Icheon (2006-2007) before relocating north once more -- this time to Nowon-gu in Seoul. Playing in Korea's National League, the second tier of Korean football, the current team consists of 33 South Korean players and one North Korean. (Formerly two North Korean players, the most of any side in South Korea.) Defender Kang Doo-Ho even has a write-up on Wikipedia:

Born into a family with a poor locksmith and a whore, Kang Doo-Ho faced much adversity as a young man. Until the day he become a renowned football player, he was constantly made the victim of many painfully practical jokes.

Interesting story to be sure, but I'm not sure that playing for Nowon Hummel FC and Jeju United counts as becoming a 'renowned football player'. Especially considering how Pohang Steelers set a new record in the K-League this season with their 8-1 thrashing of Jeju United. I also have to admit to being rather disappointed that every city bordering Uijeongbu has a club while the province's northern capital does not. Yangju Citizen, Seoul Martyrs FC, Pocheon FC, Nowon Hummel FC, Namyangju Citizen, Kookmin Bank FC, and Goyang FC. Crap. At least Nowon is close and fairly easy to reach.

Two weeks back I went and caught the game between Nowon Hummel FC and Ansan Hallelujah FC, a team founded by Christian missionaries in 1980 that has relocated just as often as Uijeongbu / Icheon / Nowon. Here are some photos: 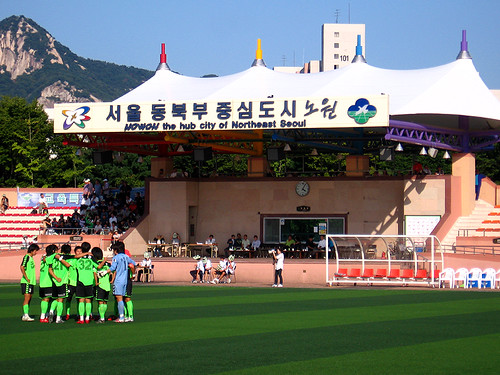 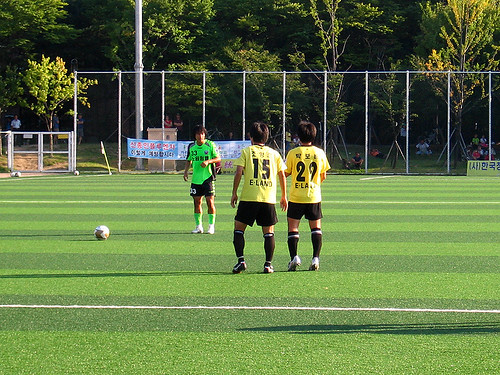 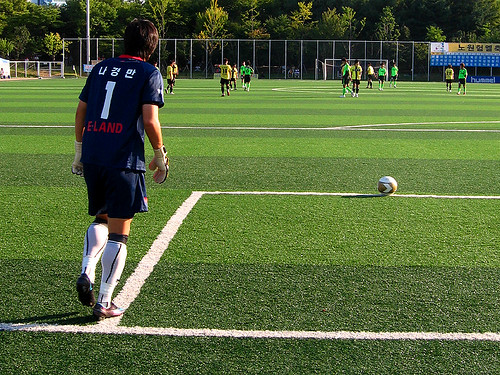 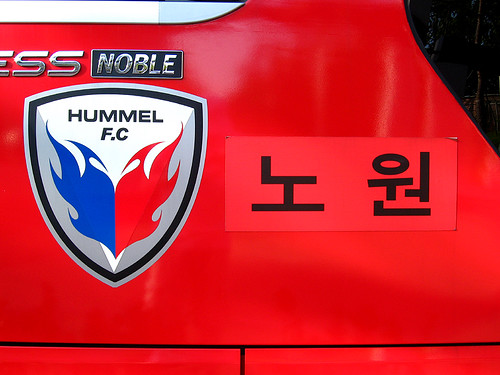 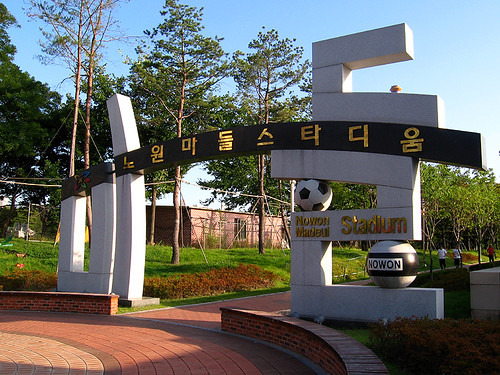