I had a woman offer to buy me a drink this afternoon. She also really enjoyed our conversation together. She's a high school teacher and was at the university to visit one of her friends, although she's leaving the country within the next two weeks. This was not, however, a fledgeling date or the start of an extremely short relationship - the drink in question wasn't even purchased at a bar. Still, it's interesting to see what happens when you're willing to give up a little time to help someone with directions.

Yesterday evening the sky here was divided into two distinct halves - one side was a brilliant shade of blue that slowly bled into hues of pink, violet, and red nearer to the horizon, while to the other side the view was blocked by rust-colored clouds with lightning streaking across from one side to the other. I could also make out a faint rainbow cutting across the cloud cover which only heightened the uniqueness of the scene. As night fell the clouds expanded, and through the open door of our apartment it was possible to see the lightning increase in activity as thunder rumbled in the distance. Before long it was possible to smell the onset of a summer rain, although in this instance the sweet smell was only accompanied by a few sprinkles.

I've probably seen more lightning here in the past six weeks than in the six years prior to that in Olympia. Fireworks weren't the only thing to light up the night sky during our 4 July celebrations in the Palouse. Two months ago the National Geographic website reported on the rarest form of solar halo and distant relative of the rainbow - a circumhorizontal arc - directly across the border in northern Idaho; caused by the refraction of light through perfectly-aligned horizontal ice crystals perpindicular to the sun (they are typically arranged vertically), circumhorizontal arcs only take place in cirrus clouds within northern latitudes when the sun is at least 58° above the horizon. The following photos were taken an hour north in Spokane, although sadly I cannot claim any of them as my own. 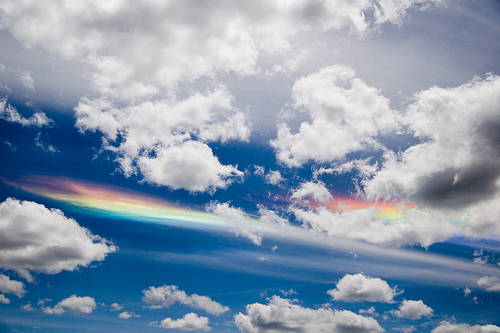 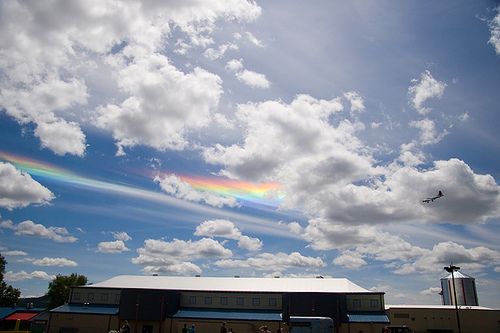 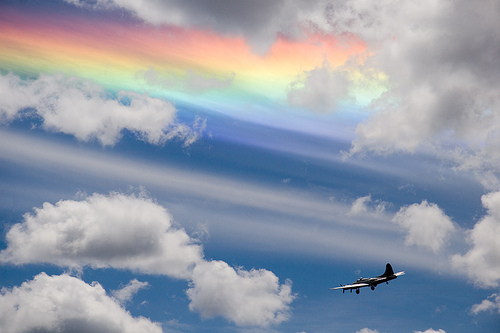 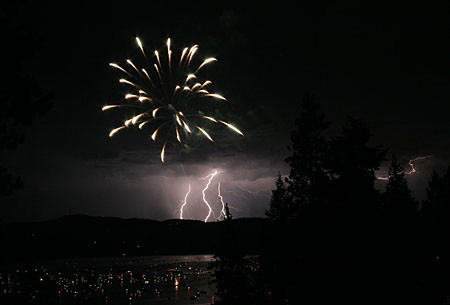